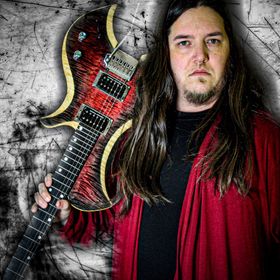 Jared Lowery has been a regular sideman guitarist in various projects of various styles and genres in OKC for many years and is well known in the local music community. His own music and playing style has been described as “Jazz Rock Fusion” in the same stylings as Tony Williams Lifetime, Allan Holdsworth, Tribal Tech etc. due to the futuristic and often sci fi influences Jared has, his fans and his band mates alike often refer to his music as “Spazz” being space Jazz = Spazz.